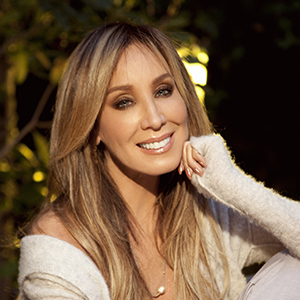 Cindy Cowan is an award-winning film producer, who co-founded Initial Entertainment Group (IEG) in 1995. From its conception to its sale in 2000, IEG became a leading film production and foreign sales company. IEG had many successes including an Emmy nom for Rent-A-Kid; Emmy, Golden Globe and People’s Choice noms for If These Walls Could Talk; the coveted United Nations Award for Savior; and four Oscar wins for Traffic.

Upcoming projects include True Haunting, a supernatural thriller with Screen Gems; a music-based project with TriStar loosely based on a true story involving ‘NSync; Eye in the Sky, an action thriller with Millennium films; Line of Control, a political thriller with the Exchange; and a female-empowerment story about the girl who struck out Babe Ruth starring Abigail Breslin. Additionally, Cowan is producing a faith-based film entitled Iron Will, as well as various TV shows including Ellis Island, a scripted series about immigration during the 1910’s. Cowan is also venturing into unscripted television with Seekers, a reality format showing the various modalities people are using to stay in the light in a world going dark, as well as a show documenting the rebranding of Maxim Magazine to promote women’s empowerment, confidence and self acceptance.

When she isn’t hard at work, Cowan sits on the boards of Little Kids Rock, a non-profit organization that provides free instruments and lessons to underserved public schools, and Children Mending Hearts, a dynamic arts-based enrichment education program that helps empower disadvantaged youth, building empathy and global citizenry. She also regularly contributes to Music for Relief, a non-profit organization comprised of musicians, music industry professionals, and fans, that are dedicated to providing aid to natural disaster survivors; We Care Solar, a revolutionary solar system that fits in a briefcase, designed to promote safe childbirth in developing regions by providing health workers with reliable lighting and power; and, Grassroots Soccer, a health organization that uses soccer to elevate at-risk youths in developing countries.

All of her contributions lead to her receiving the 2018 Woman of The Year Award presented by Women’s Image Network, and in 2019, Cowan was the Humanitarian of the Year Award recipient from the Hollywood Women’s Film Institute.